This is the biggest layout i've done to date. And believe me - four transistors and one dual opamp - that's pretty much all you can fit in there, if you want to squeeze it into 1590B. Anyway. I know that in the first six hours of publishing this there will be at least one dude commenting how it sounded like crap back in '95:) This one - once again without buffers and transistor pinouts are changed to accomodate your standard pinouts of 2N5088, MPSA18 and BC550C. I urge you - do a ebay search with keywords "ibanez soundtank".... The days when you could get one for $10 are gone.

Just finished building this, and in my opinion it's not the best design in soundtank series. But if we think this for two seconds - it is called Powerlead - not bluesy overdrive, nor death metal distortion. I can see this very high gain distortion being useful for leads and solos, but i would'nt use it for base tone. If i was to mod one thing, that would be upping the input cap for something like 100n. And why not add some clipping options or just double the number of diodes for more volume. I used BC549Cs for the transistors. Not sure if the tone pot is reversed or not, but as it is, i would rather call it depth than tone. Tone stack would be one of those places where some cool mod would probably make this a lot better circuit.

There are many varieties of distortion. This is it, and beware: it will add a razor-sharp edge to your noise. The PL5 is the 2nd biggest seller in the Soundtank Series (the TS5 TUBESCREAMER is No.1). the POWERLEAD is a little lighter on the bottom with more mid-to-highs. 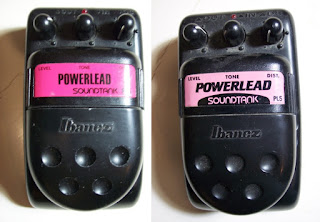 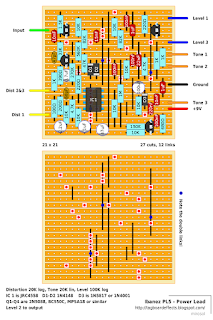