Per request. The original design had couple of things i had to mod to get this stripboard and/or 1590B friendly. First, there are two dual opamps in the original box, and they are used in quite peculiar manner. The first one is TL072, which has other half as input buffer for bypassed signal and other half as first gain stage. Which is fine, until... The second opamp is TLC2262, which has its other half as output buffer for bypassed signal and the other as second gain stage. Since onlythe output buffer is after the gain stages, it should not hurt the sound to omit both buffers. But there's little sense in drawing this with two dual opamps and only use other halves.. So i just used one dual - exactly like all the other aproximations/layouts found on the web. There was another little thing.. As with a few other designs, the volume pot is sometimes used to dump the signal to Vref instead of ground. This is ok, but it just means that we need to have a decoupler capacitor before the conventional volume control. I used 2µ2, which is the same value used as output cap at the buffered output. These *shouldn't* affect the sound, but only way to tell... is that someone builds it :) 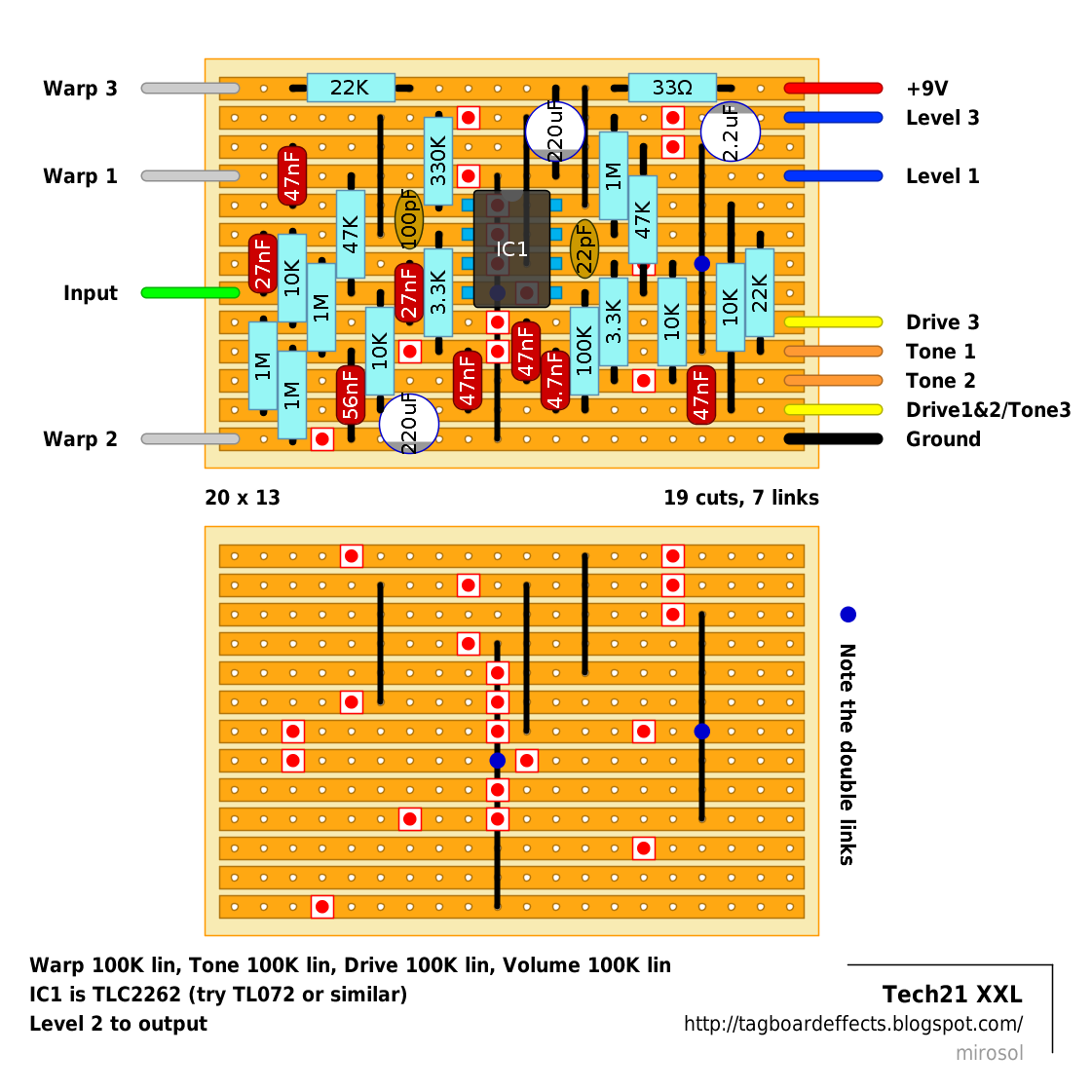