A great modern take on the classic fuzz pedals by Skreddy:

The Skreddy Pedals™ Lunar Module  was designed for "that" certain silicon fuzz tone guitar solo I fell in love with on a best-selling 1973 album.  I intentionally voiced this thing aggressively so it will cut through any mix.  Very satisfying and addictive "vintage" fuzz tone.

Unlike typical silicon fuzzes, which can sound thin and raspy, the Lunar Module has a dark, brooding character. 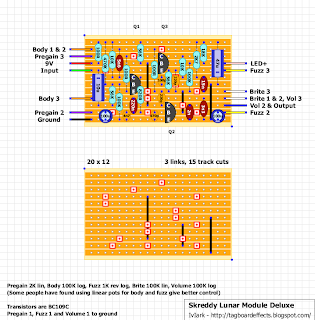