Info about the great sounding original:
The Crunch Box Distortion is my take on the high gain British. The history of the Crunch Box actually goes back a few years. I came up with the design after careful study of the way that modern British style amps get their overdrive. I found that there was a very big concentration of the frequency information in the midrange. So I started to experiment with different prototype ideas, until I settled on a design in late 2003. Since then, various prototypes were sent out for serious road testing, and the final design was released in early 2006.

The first batch of Crunch Box Distortion pedals sold out in record time. Within 3 weeks, my initial batch of 500 were sold. Since then, I've consulted with many users, and their feedback has been used to further tune this amazing pedal. The latest Crunch Box is better than ever, and will continue to be, I am sure, the most popular pedal that we make. 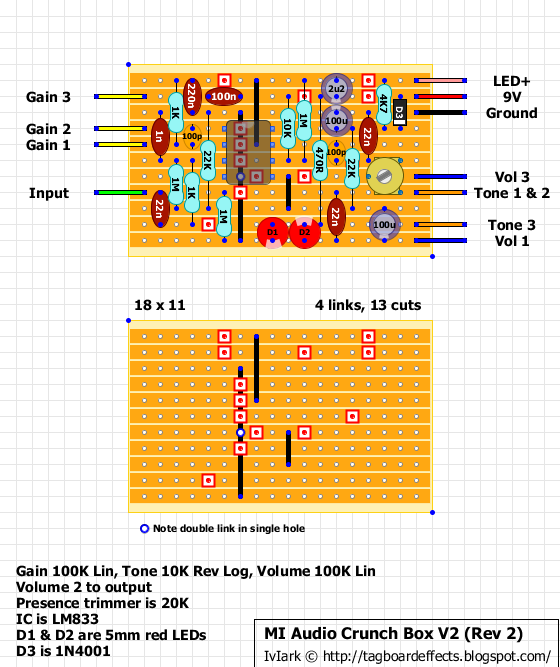