Made for Marshall by Sola Sound this is essentially a slightly modified Tone Bender MkII.  Fuzz Central state:

Fuzz Central suggest the following mods and the trimmer would seem like a good idea to me to accurately bias Q3: 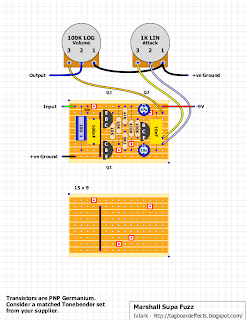