Runoffgroove's stompbox emulation of the old Supro 16T amps and so potentially a good one for the BJF Honey Bee fans.  This one needs 18V and so will require an appropriate power supply, or maybe make yourself a voltage converter like this one.  Info from the website:


Supro was a budget brand name for amplifiers produced by Valco in Chicago, IL during the golden age of tubes. The same model of amplifier could be sold as a Gretsch, National, or Airline brand (through the Montgomery-Ward catalog). Valco manufactured amps are now highly sought after and have increased in price accordingly. Jimmy Page reportedly used a Supro amp while recording Led Zeppelin's debut album and other guitarists have also employed the small combos in the studio for searing electric blues. In April of 2002, these amps were featured in the ToneQuest Report.

The original Supro 16T circuit design is similar to other single-ended Class A amplifiers from the period, but subtle differences are present. The filter network following the first stage rolls off bass and treble content where the tonestack of a Fender Champ or Princeton normally resides. The Supro's single Tone control is placed after the second pre-amp stage. Thus, more high-end signal is present to drive the second stage. Also, there is no use of negative feedback to reduce distortion. This circuit produces a wide range of sounds that do not sound much like the Fenders, Voxes, and other famous names; it has it's own character and identity.

More information about the circuit can be found on the Runoffgroove website. 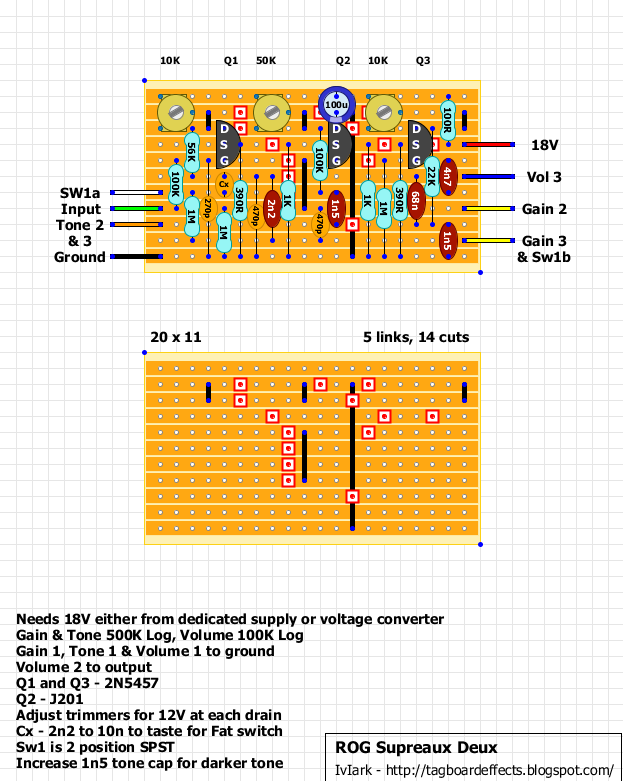