This could well be the ultimate tweakers boost pedal, with a switchable Rangemaster (PNP transistors but negative ground), Super Hard On, Opamp and JFET booster.  The one change from his original is that I have included the original SHO circuit instead of his Crackle Not OK version of it.  Each booster has its own gain or volume control, and are turned on with a toggle, and then the stomp switch takes the whole lot in and out of circuit.

The wiring for each toggle is shown on the layout, and the offboard is essentially like a true bypass looper with the signal going from the stomp switch to the first effects toggle, with the toggle send and return going to the effects inputs and outputs shown on the board.  It should be pretty straight forward with one toggle going to the next and then ultimately back to the stomp switch.

I think the order Martin has the effects is Rangemaster (R), Mosfet (M), Opamp (O) and JFET (J).

Info about his original.

This is an exciting 4-in-one boost that gives you a choice of four distinct flavors of boost to suit any occasion or style. Pushbutton switches allow you to choose any combination of the four, which allows for many “stacked” sounds that result in a diverse range of overdrive, distortion, and fuzz tones. This is where it truly stands apart from other boosts… it’s like a dozen pedals in one!

The boosts  are as follows:

R – Rangemaster – a modern recreation of the classic Rangemaster treble boost. I have painstakingly replicated the signature vowel-peak slightly dirty boost using modern components for lower noise and higher consistency and reliability.
M – MOSFET – my version of a popular boost known for its super hard sound. Not a simple copy, I’ve redesigned the circuit to feature my noise free “non-crackling” gain control and use a lower-noise transistor. The tone is clear and clean at low gain, and loud and fat when turned up.
O – Opamp – an original design boost circuit using an opamp. Designed to sound neutral and clean at low gain, but becomes a hot overdrive when turned up. Can be used as a high-quality buffer at minimum gain.
J – JFET – this is a hot boost based on the SRPP topology and utilizing Toshiba 2SK117 JFETs. The sound is an intense boost with a slightly lean low-end. When overdriven by the other boosts, it has a very tube-like character that makes it ideal in the last position. 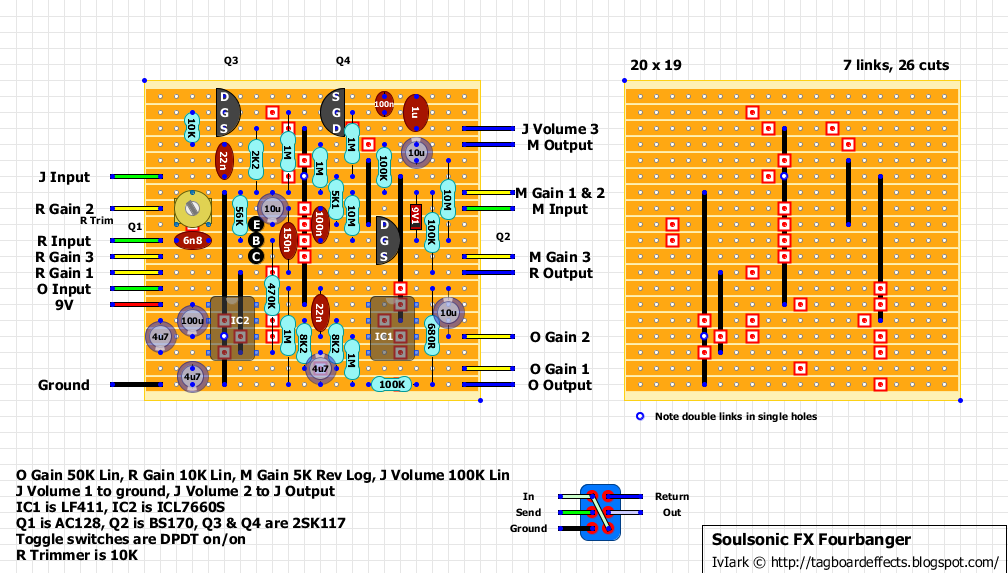 Original version with Crackle Not OK instead of the SHO circuit. 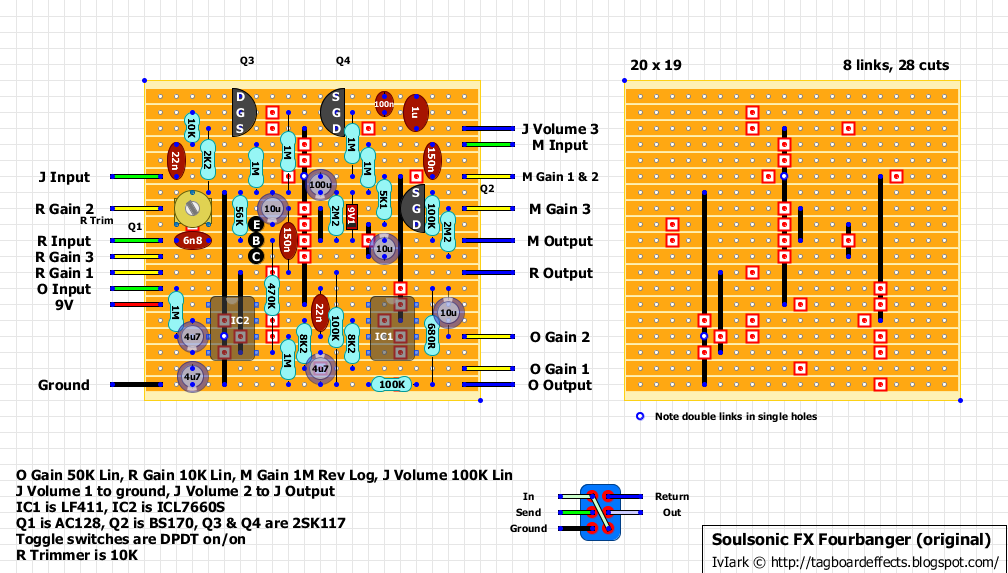 And just to make the offboard wiring a bit simpler: 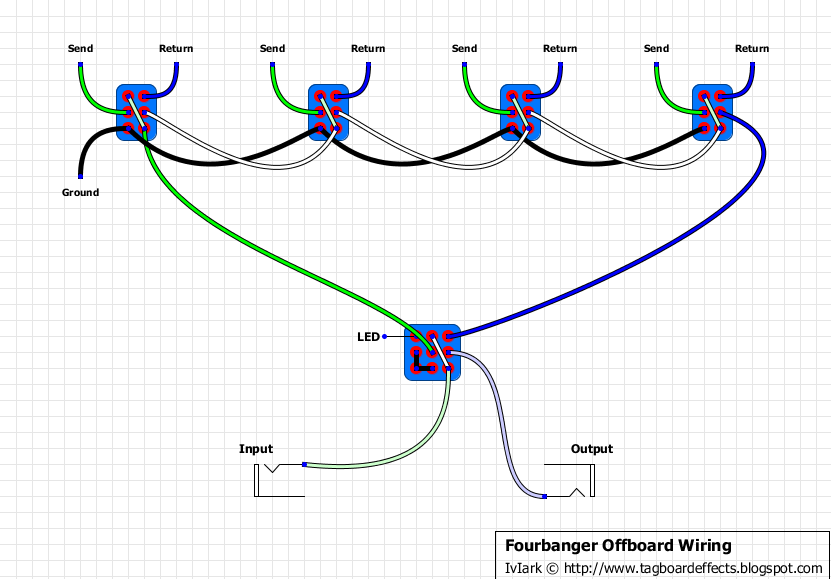