Strange. I thought we had this already covered, but apparently not. The layout didn't turn out as compact as i hoped, but there's still some symmetry in there and at 21x15 it will with in 1590B with ease. So this is the original transformerless Octavia that comes in Rocket enclosure. Apparently the last version Mr. Hendrix ever used before he passed on to the greener meadows. Mr. Mayer has a chronological history of the Octavia/Octavio circuit posted on his site, so read more about it here. 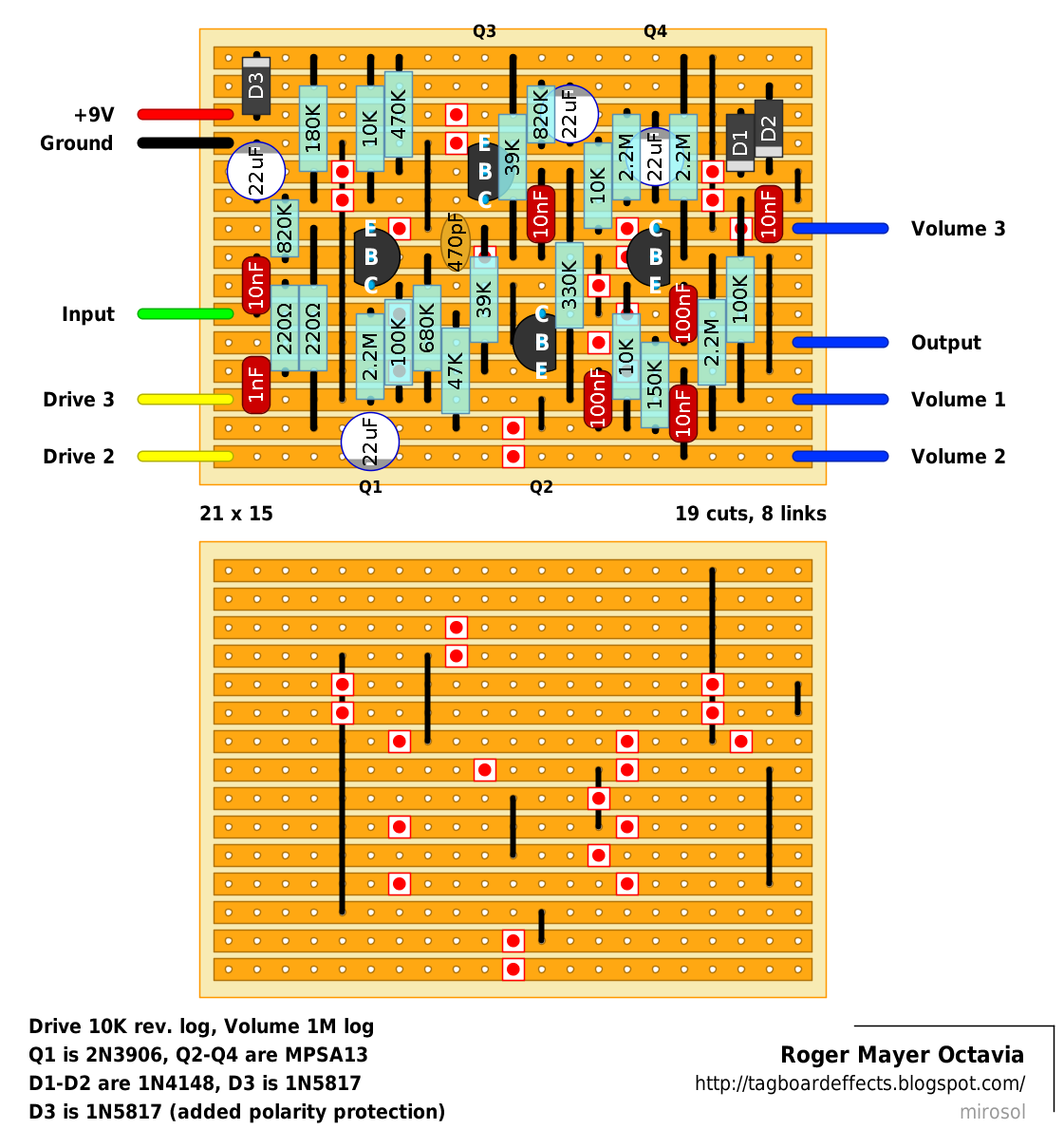