Note: A new revision of the Klon layout has been done which is smaller and makes better use of the space, so if you want to build this I'd suggest using that layout instead which will also be easier to fit in a 1590B for those wanting to use a smaller box.

Based on Madbean's Sunking schematic.  At 21 x 26 it at least has the potential to fit in a 1590B, so I'll be really impressed if someone can manage that, especially with the dual gang pot.  Don't forget to sprinkle fairy dust over the diodes. 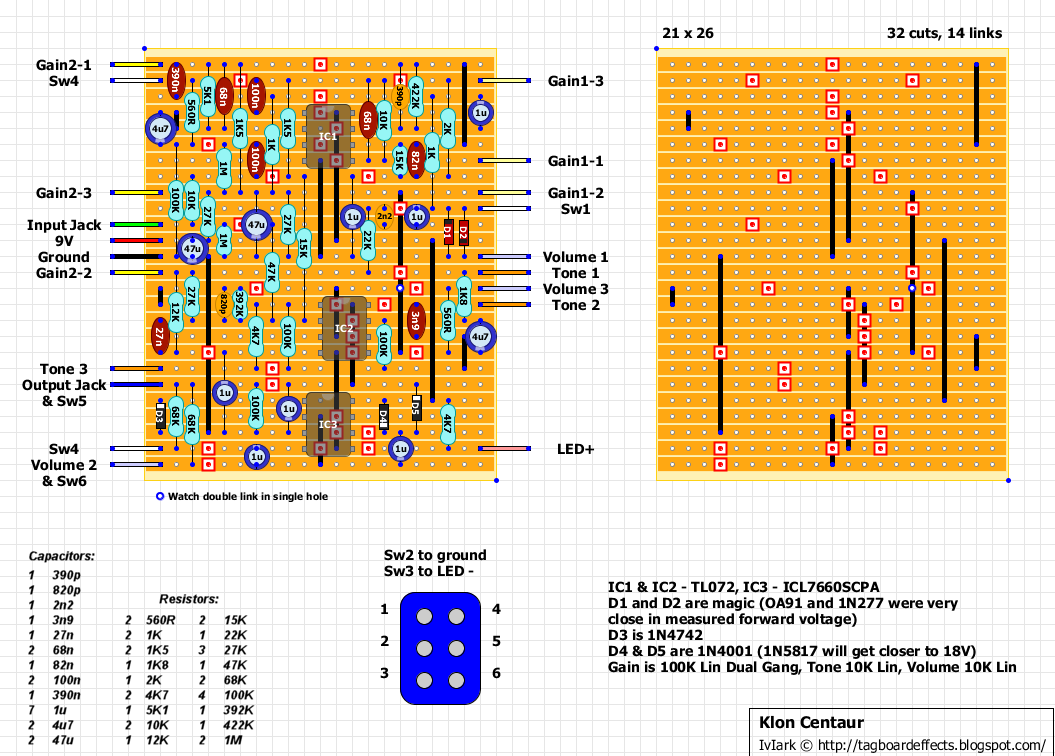 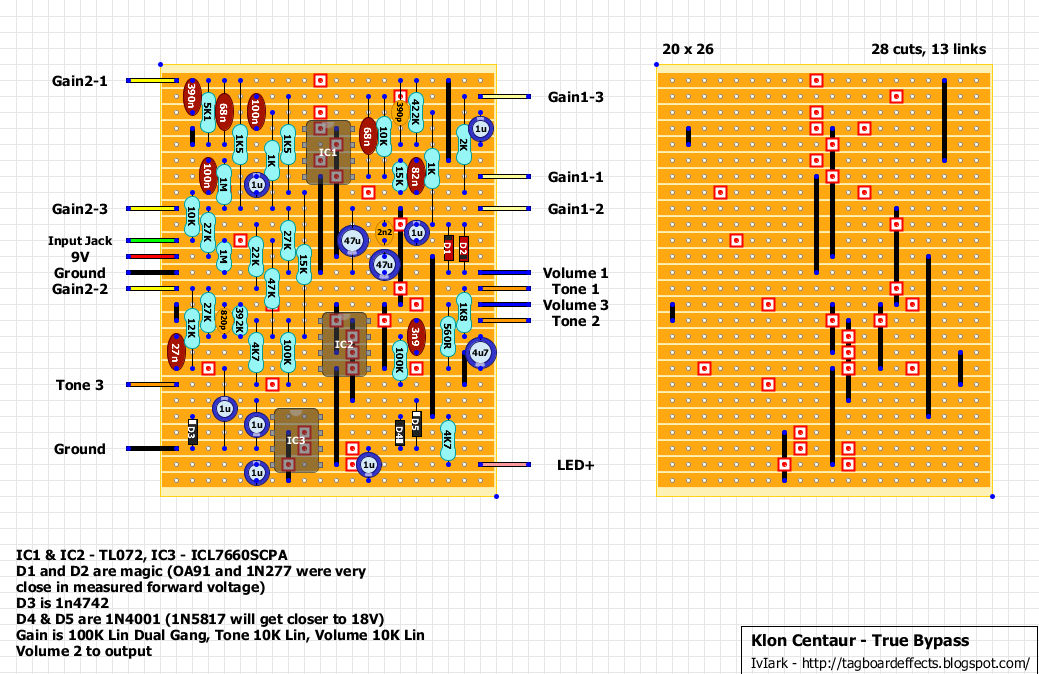 (kit is for the original buffered bypass version)
Posted by IvIark at 15:52