Emulation of the Soldano SLO 100 by GT Labs and including the suggested mods by Brymus.  I've never really even used a presence control as they do nothing for me, and so I'd probably omit it altogether in this and the other recent amp emulations to reduce the number of pots, but I've left it in for those who want to include it.

I also included trimmers for Q1 to Q4 to allow you to bias each individually to around 4.5-5V.  I just selected a trimmer that easily covered the drain resistor shown and so allow you to tweak significantly above and below the suggested resistor value.  And again I included an axial cap because there was room for one that I have in stock, but a radial will do the job perfectly well if you don't have the axial.

I couldn't find any videos on this but a demo can be heard here. 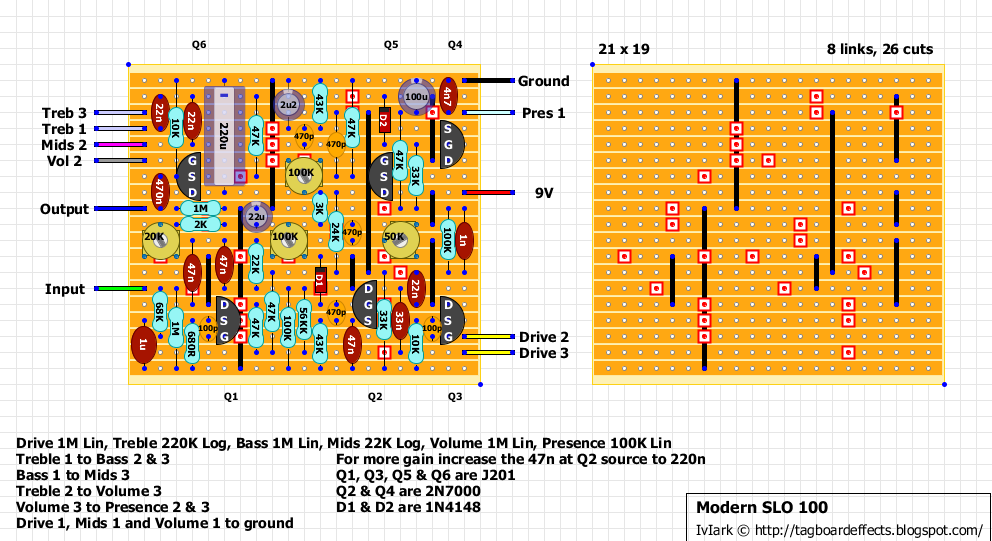 And a layout based on the original scheme by GT Labs which John K thinks has a preferable drive control, and also including the original passive values with just a couple of tweaks: 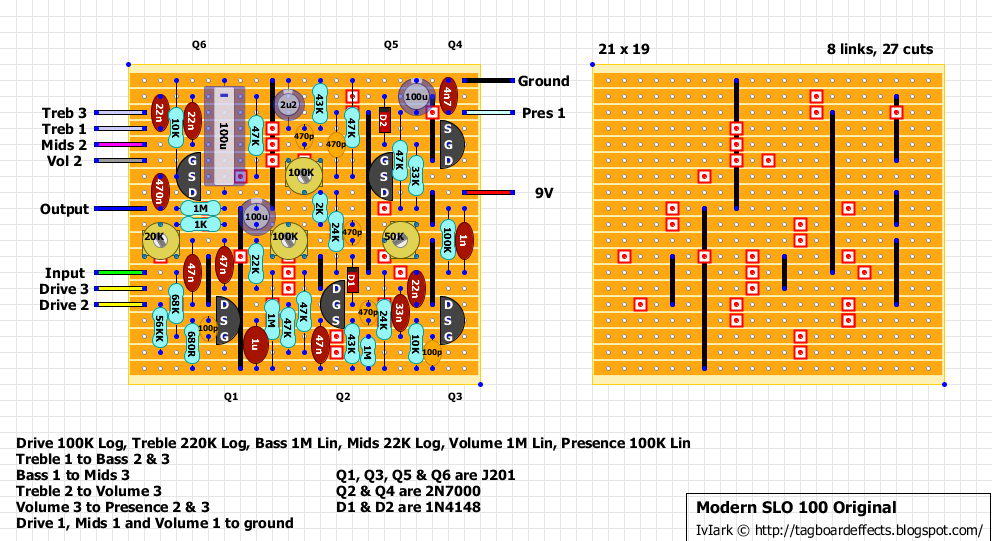 and for those who would also prefer fixed resistors rather than trimmers this version uses the original drain resistor values, but I would suggest socketing as shown so you can fine tune the bias. 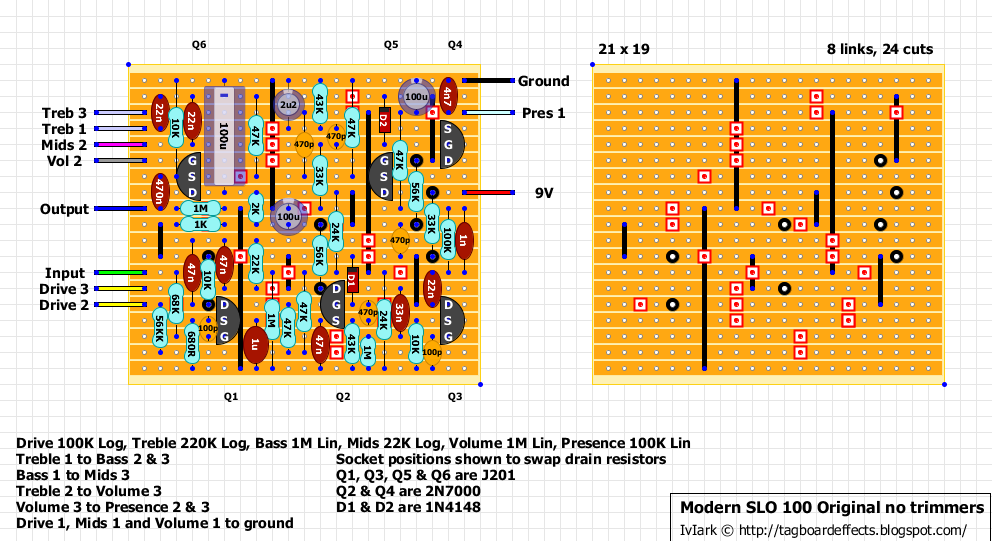