John did a great version of this using vactrols but I wanted a version using simple LDRs so it was available to build for the maximum number of people.

I would have preferred to have done this with a single LED with all 6 LDRs surrounding it, but it's too awkward to do neatly with vero, so instead opted for 3 LEDs, all with an LDR on each side.  These Tayda LDR's will apparently work extremely well with this circuit and diffuse yellow LEDs and so that is the recommendation, but it is always worth socketing and trying whatever you have to see what will work for you.

Because this is a phaser and as usual certain matched components will give the best results, I would recommend trying to get a good match with the LDRs for light and dark resistance.  This may not be necessary but it can't do any harm.

As usual with these you need to test them in the dark or isolate the LED/LDR combo from the light in some way when testing, it obviously shouldn't be an issue when boxed but I'd still be tempted to make little cardboard box surrounds for each LED group.

The LED+ connection is for the indication LED which will pulse at the rate of the phasing.

Now this sounds bloody great to me 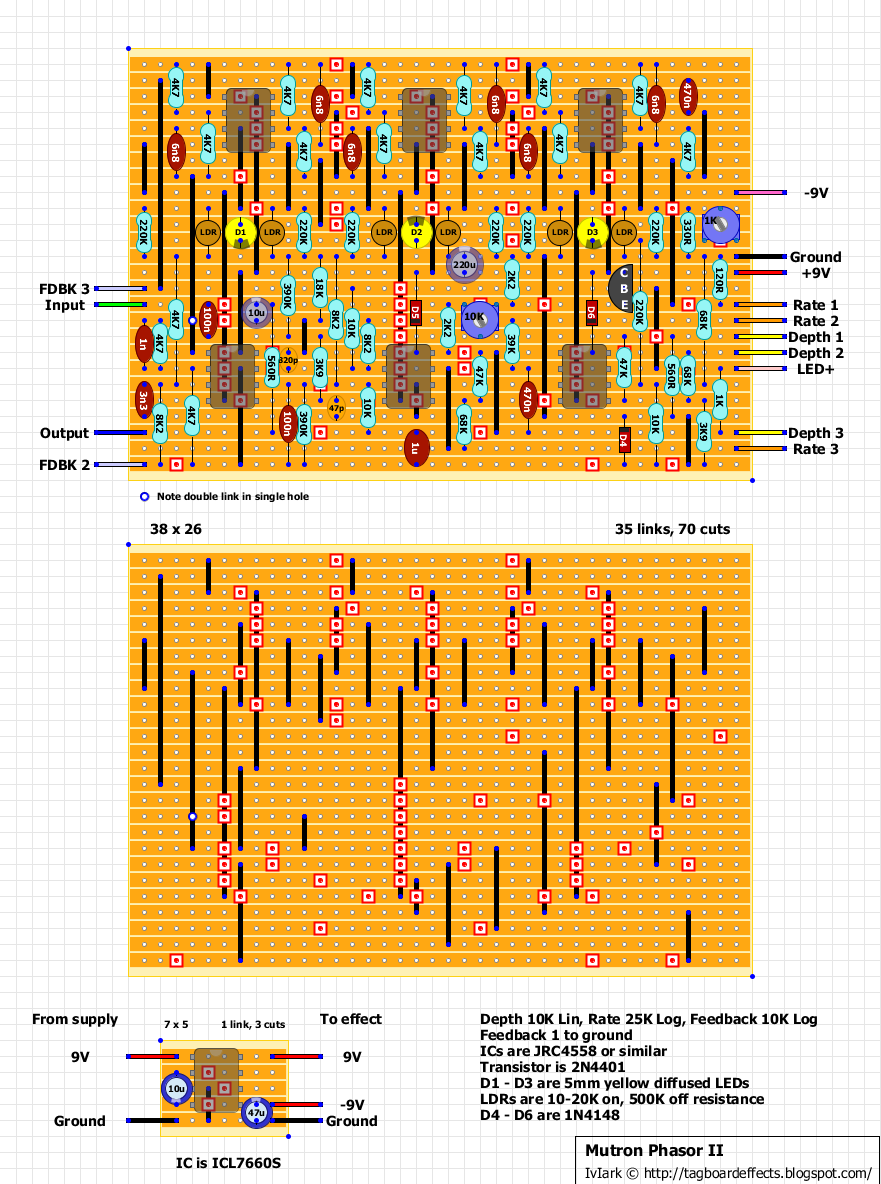