Seeing as I'm on a roll with these at the moment I thought I'd add another popular chorus pedal.  It's based on a few bits from 3 different schematics, and includes a Vibe and Intensity mods from the Tonepad scheme, rate LED and depth increase from Madbean's Pork Barrel and the schematic from Electrosmash which has a great in depth analysis of the CE-2 which is well worth a read, although I did decide to use common 2N5088 transistors as used in the Pork Barrel instead of the less common 2SC used in the original.

For the intensity switch I've opted for a 100p cap to go in parallel with the 47p between IC4 pins 5 & 7, but I'd recommend socketing the 100p and trying a few different values to see which works best for you giving the best range of tones.

Info about the fine original:
The CE-2 effect unit is a new. compact version of the famous BOSS CE-l chorus ensemble, which has become one of the world's most popular units of its type on the  market.  Two separate controls are provided for independent variation of RATE and DEPTH to expand the creation possibilities. This advanced unit also has a fine S/N [S/N 90dB or more (IHF-A)] for lower noise operation. An LED lights to tell you at a glance when effect is on. 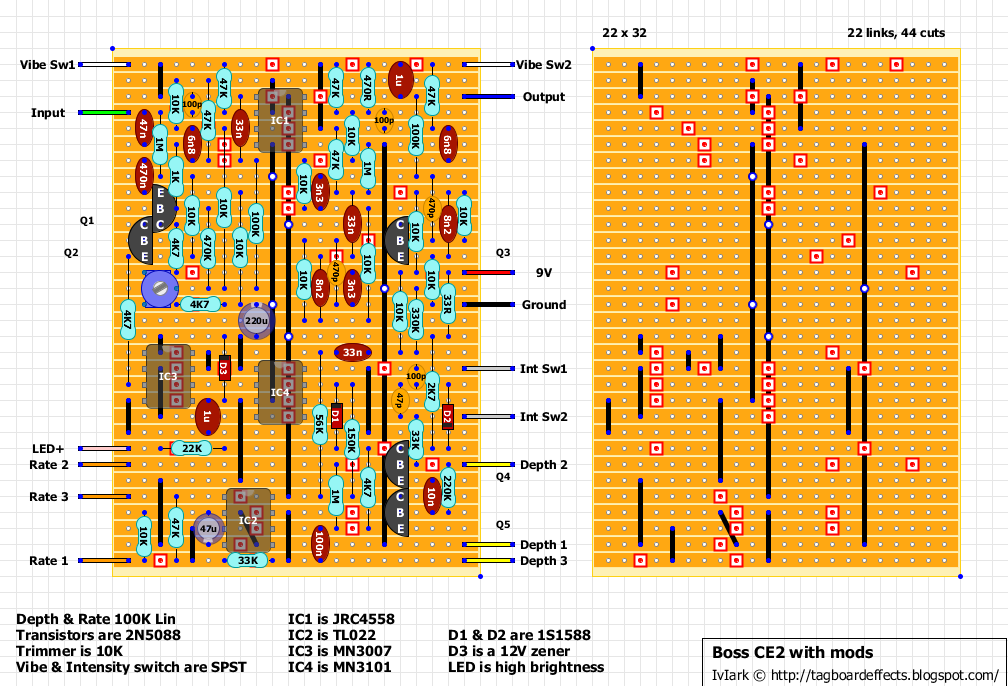 As an added bonus, here's an add-on stereo daughterboard option.  Note that a stereo option isn't available for the CE-2 and so this has been inferred from the implementation in the CE-3.  It should be good to go but should still be considered experimental until someone verifies, and so at this stage it's one for the tweakers.

All other connections to the CE-2 board have been removed to simplify the layout, and you'll see that the B connection will require the covering link to be pushed to one side slightly to allow the wire access to the hole.  If you are including the Vibe switch option then a DPST will now be needed (or DPDT if they are easier to source), with the A wire also being switched. 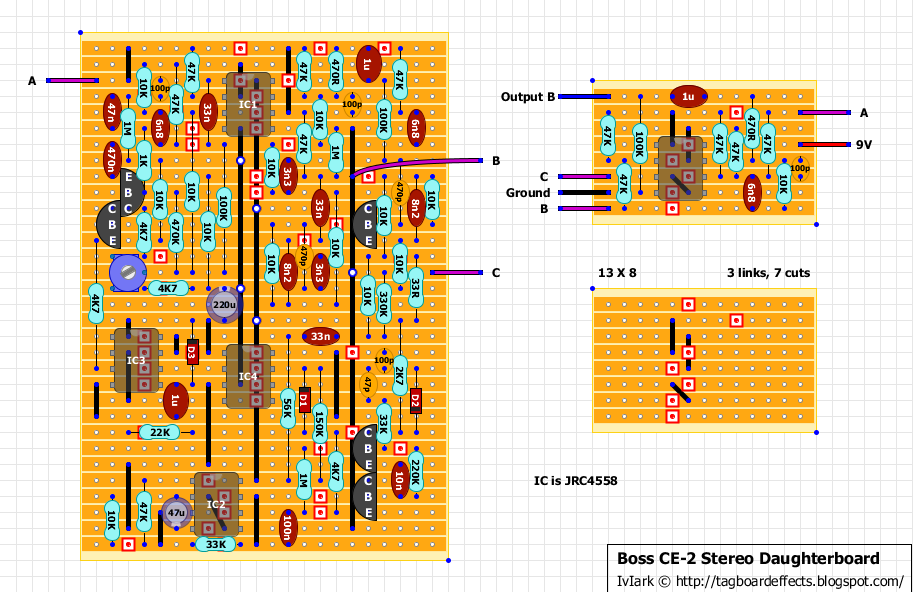 And on Miro's recommendation this version removes the Madbean depth mod which took something away from the authentic CE2 sound to him.  I've called it "Original", but have left the Vibe and Intensity switches in there as an option simply because you will still be able to set it in 100% original mode if you choose to using the switches (or omit them entirely of course if you prefer). 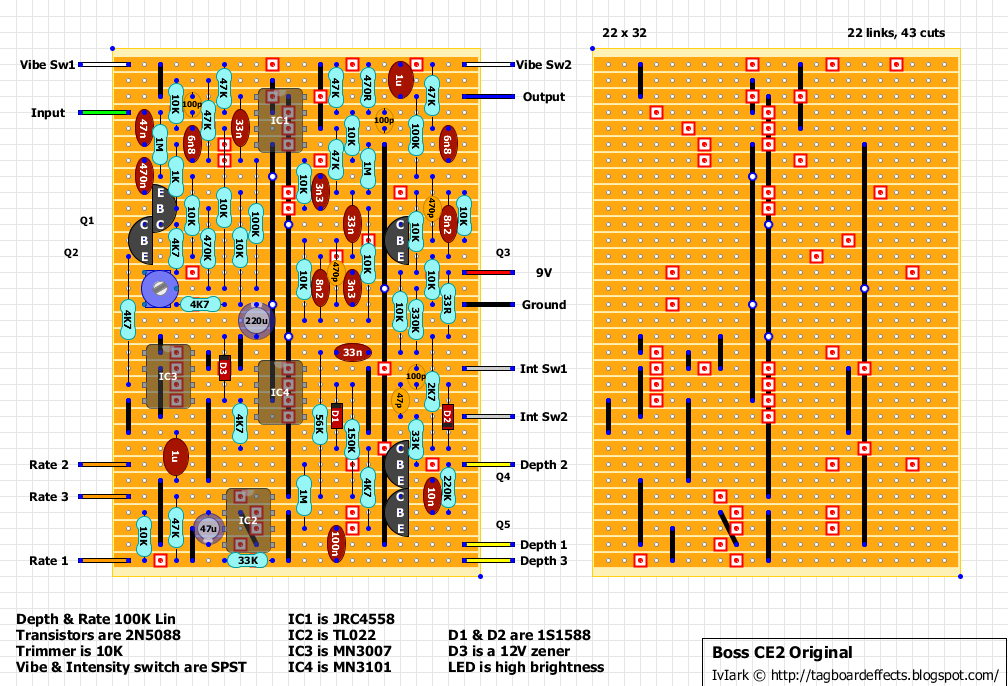 Addition - 5th January 2019
New version with Anti-Tick mod which will apparently cure all problems with noise.  Thanks to Razvan S for the heads up. 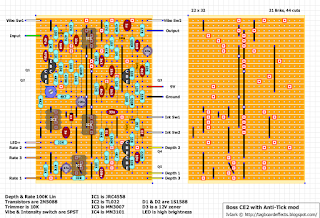