Requested by Javi .... haha
I don't think I'm going to find any marketing guff so here is what Wikipedia says about it:

The effect was used by Jimi Hendrix, and can be heard in guitar solos on the song "Purple Haze". Hendrix preferred to call the device the “Octavio”, and it is often referred to as such.

After Hendrix's death in 1970 one of the original Octavias became the basis for the redesigned "Octavia (TM)", manufactured by Tycobrahe Sound Company in Hermosa Beach, California, during the mid-1970s. A limited number of the devices were produced, and today a used one in good condition sells for over $1,000 on eBay. Stevie Ray Vaughan owned nine of these devices.

I can't find a vid either so this is close enough :o) 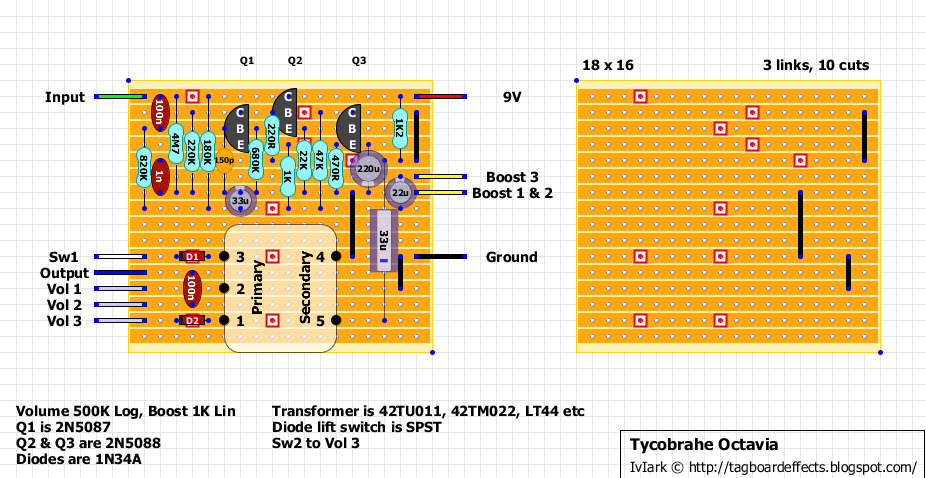