Actually a very nice sounding tremolo rather than the effect the name suggests.  A clone of this is currently being sold by a company called Mahoney and they wrote:

In the late 60's, Jordan offered an incredible sounding tremolo unit that was housed in the plug-in style box like the Bosstone. There were less than 100 of these rare units ever produced.

Some people have mentioned a volume drop when the pedal is engaged, so it may be worth building this in a box with a clean boost of some sort pushing it, so you have more control over the level.

This is a demo of the Mahoney copy which will give you a good idea how this sounds: 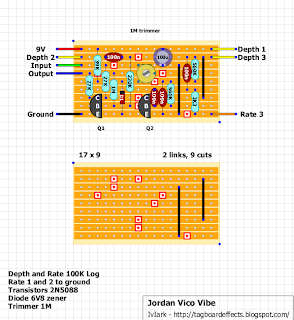