Catalinbread has released two versions of the Karma Suture, one germanium and one silicon based. Both at their hearts are simply a modified Harmonic Percolator. I think Catalinbread described it best on their site:

A bubbling cauldron of even-order harmonics!

The only change I made in the layout from the schematic is I added a 100uF cap from power to ground to assist in power filtering. Schematic can be found here. Enjoy my fellow fuzzheads. 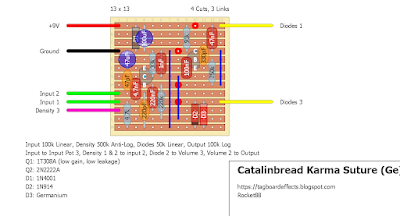 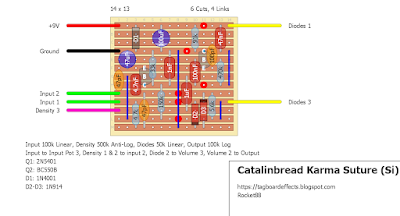