What can I say about the Laney Supergroup. The supergroup was based on the same Fender Bassman architecture just like the Marshall JCM800, Sunn Model T, Mesa Dual Rectifier, and a whole host of other legendary Rock, Hard Rock, and Metal amplifiers. One of the best descriptions I've ever heard of the Supergroup is that it's like a Marshall JCM800 with more balls and gain. It's just an all around badass heavy amp. And for all my lovers of tall things heavy it was used by the legendary Tony Iommi for years, and Laney even went through the trouble of recreating it to reissue it as a special signature amp for Iommi.

Both Channels with a selector switch 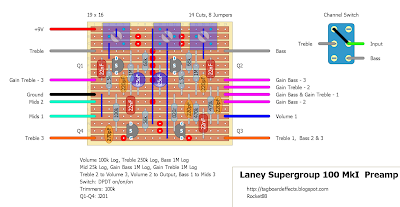 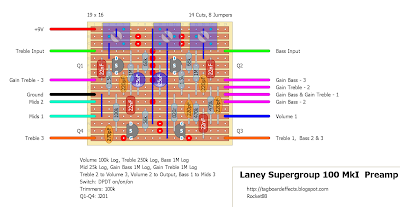 Both Channels running together (jumping channels) 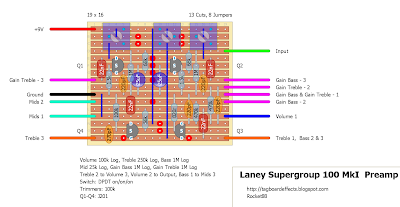