Well I said that I would post a layout with a bunch of modifications to the Montarbo Sinfhoton based on what I've read people have already done. So without further a due. 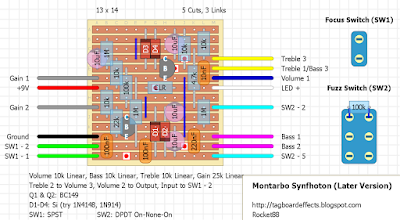