Keith at BYOC reverse engineered a silver edition Klon when developing a PCB and noticed an error on soulsonic's 2009 schematic which was a couple of swapped resistor values around the Treble pot.  He also noticed a few value discrepancies which probably just amount to the difference between the gold and silver Klons.  The swapped resistors have been corrected in all Klon layouts on this site but I didn't want to just make the other changes to the existing layouts as I would like to keep the gold version up for those who would prefer to build it, and so I thought this version deserved its own thread.
If you prefer to build this kind of circuit on PCB then the BYOC kit can be found here:

I don't know if they are going to start selling the PCB separately but you can of course enquire if you'd prefer to go that route.

Now I can hear some subtle differences when at the upper and lower end of the Treble pot, which will very probably be down to tolerance differences in the pot itself which could be as much as +/-20%.  I have to say in the more central positions I can't really hear any significant difference at all. At most  of the demo settings they sound identical to me, and at some the Silver Pony sounds a bit fuller.  Personally I preferred the Silver Pony.  Great job Keith. 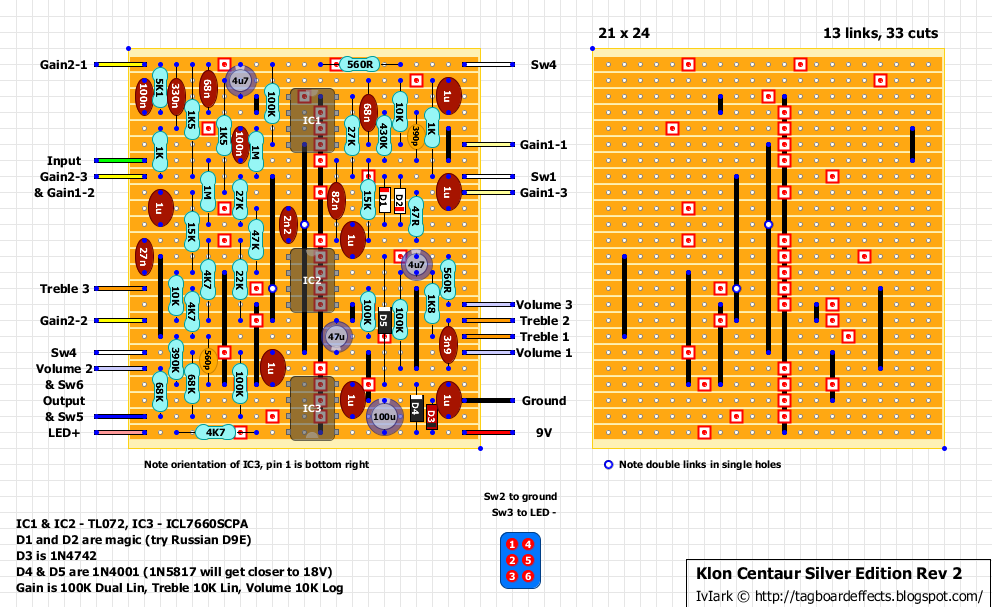 and the corrected schematic 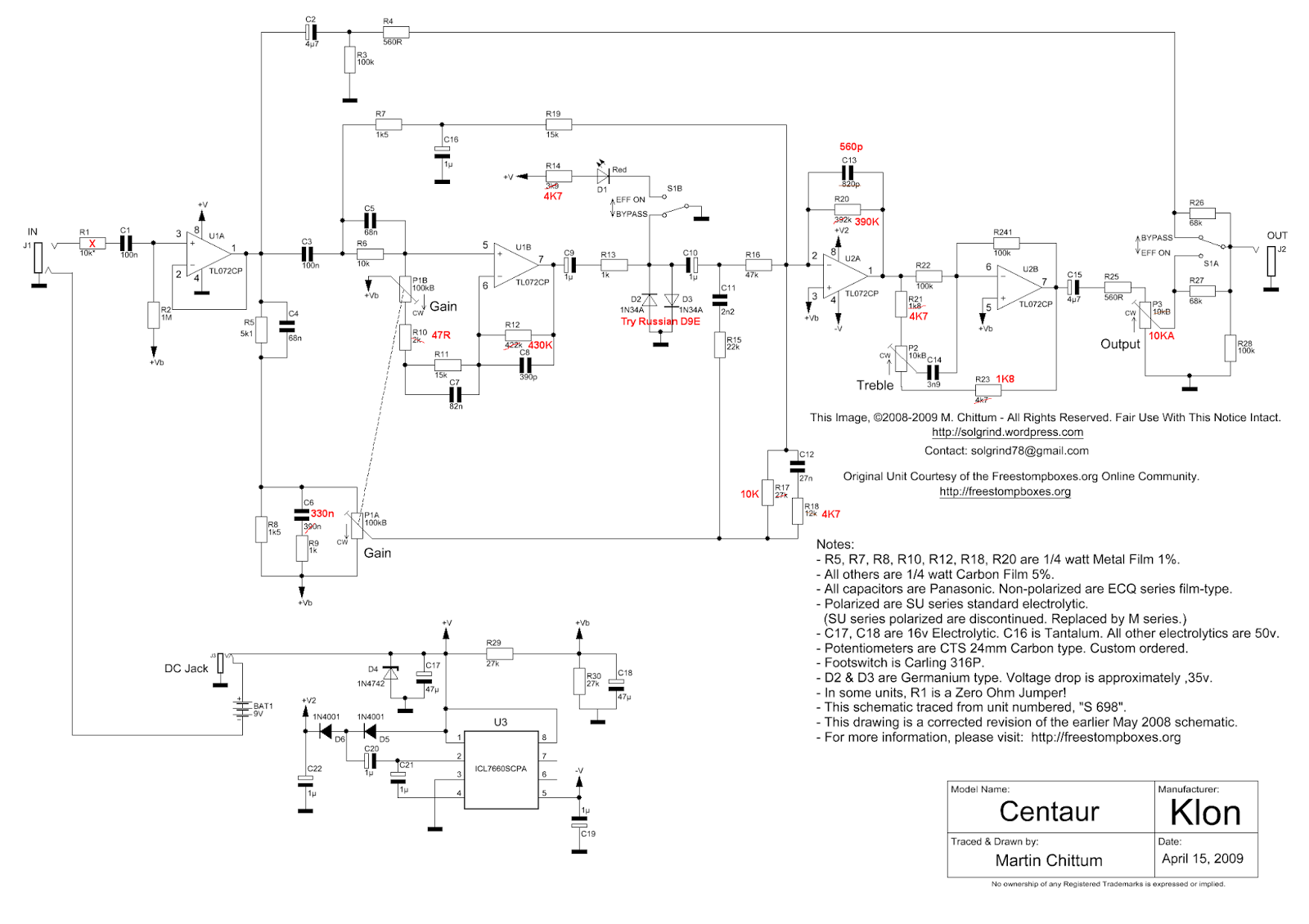