Only ever heard good things about this one, so it had to be added to the collection.  Not very good timing though as Vince has just bought one! :o)  I have done the main fuzz and buffer circuit separately so those who just want to build the fuzz can do so.  If you do want to include the buffer put it in a true bypass loop with a toggle before the fuzz circuit so you can bypass the buffer if you want to.

Guitarists of all styles will dig the familiar late-Sixties/ early-Seventies crunch delivered by the new MXR Classic 108 Fuzz. We've taken the guts of our BC-108 loaded Fuzz Face, placed them in a more pedal-board friendly shape, and added the modern conveniences of a battery door, optional AC operation, and true bypass with LED. The Buffer switch eliminates the audible oscillation caused when some wah-wahs are placed in front of a Fuzz Face. The Classic 108 Fuzz comes in a heavy-duty Phase 100-sized box with a sweet hammertone turquoise finish. 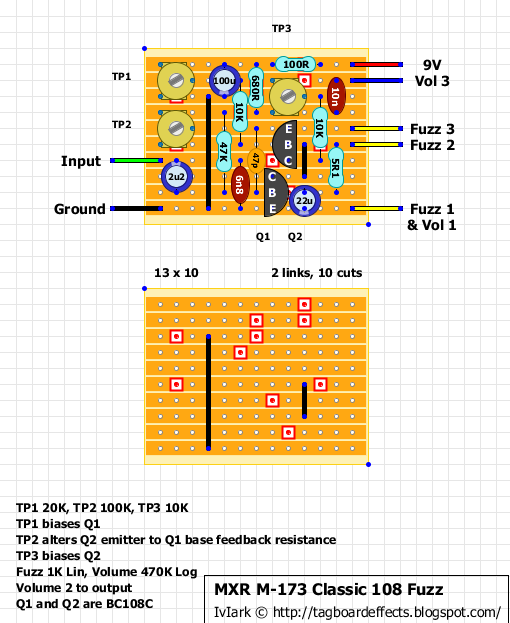 And here is the buffer for people who want to build the whole thing. 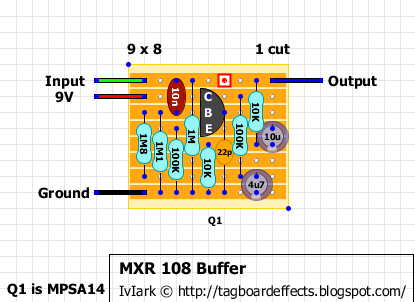