While I've got the wah template loaded I may as well add this one too :o)
Again thanks to mmolteratx for the schematic.

Info about the original:
When people talk about wah-wah pedals, they’re talking about the Cry Baby Wahs. This is the one that created some of the most timeless sounds in rock. The pedal that would eventually become the Cry Baby was first created in 1966 by engineers at the Thomas Organ Company. This new and expressive effect was an instant hit with players like Jimi Hendrix and Eric Clapton, who have contributed to the Cry Baby Wah’s huge popularity to this day. While other effects have come and gone, the Cry Baby Wah just keeps getting better with age. 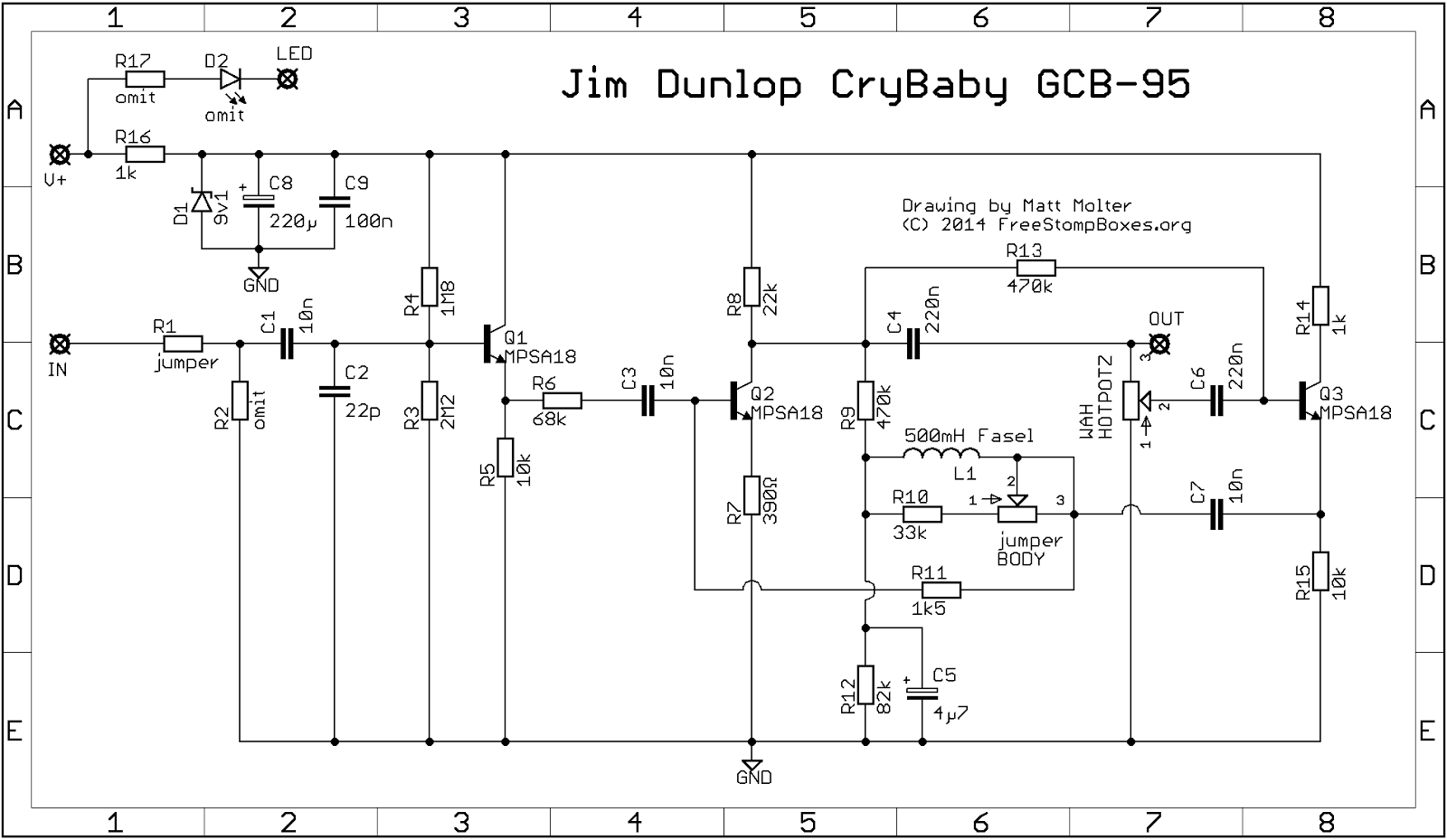 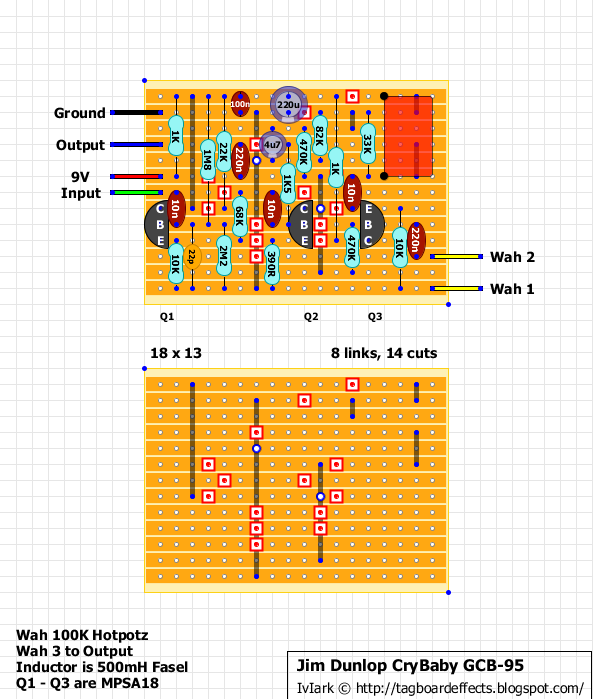