And the "Special" version with the Jazz/Rock switch.  If I'd just added a cap I would have tacked this layout on the bottom of the first post, but I've shifted things around quite a bit, gained a row but lost two columns, and with this not being verified I thought it should have it's own thread to keep different version discussions/troubleshooting separated.  I think I prefer this layout out of the two as it makes better use of the available space and will leave more room for wires at the sides if you're putting it in a 1590B.

Thanks to Amplified Nation for confirming position of the Jazz/Rock switch which only needs a single contact and so has been listed as a SPST, but use two lugs of a SPDT if you can get them more easily and cheaply. 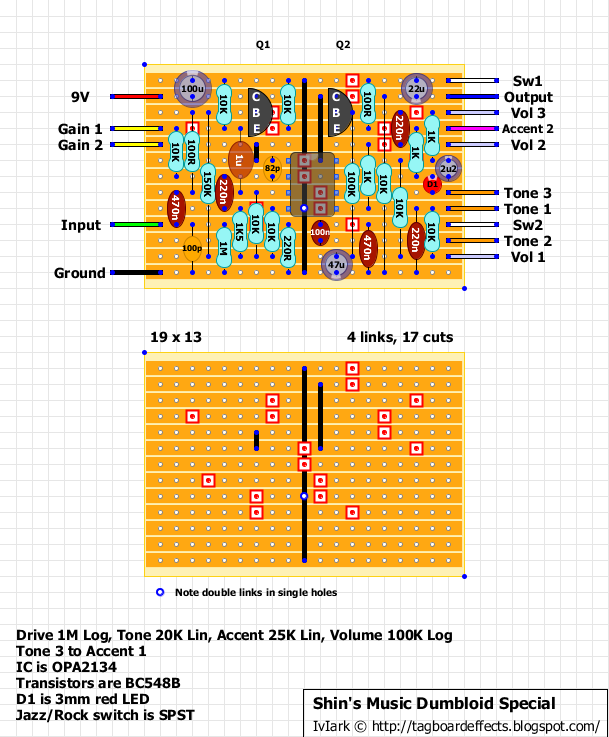 If you can't find an opamp that clips pleasantly and so can't get round the fizz in your build, then consider making this small modification.  Adding a back to back pair of diodes of your choice between pins 1 and 2 means that you'll get diode rather than opamp clipping.  It does make it a bit closer to a Tubescreamer but the other changes will still make a difference and some people will think it's better to be closer to a Tubescreamer and sound good, than closer to the original and sound fizzy.  Or if you want both options just build the original and add the diodes on a switch between pins 1 and 2. 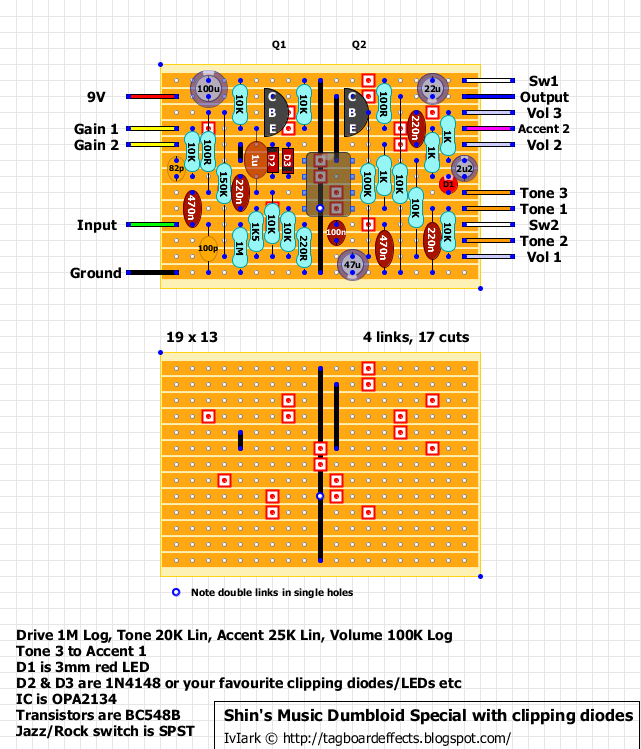