..and i'm back. Been a one hell of a month with kazillion things going on... Here's something quite cool i ran into. Haven't had time to build it yet myself, but it is quite high on the priority list. According to the information provided with the schematic (here), this seems like a highly tweakable crossover with impressive control over the waveform. The schematic suggests a use of a diode bridge, but i think we'll be just fine with four schottkys...

From the creator: Blade uses a diode bridge recitifer in the feedback loop of an inverting opamp to create crossover-like distortion. There are five controls. Drive adjusts how much signal is fed into the loop, Depth controls how strong the effect is, Sym (Pos) and Sym (Neg) affects the symentry of the signal by setting the level on the positive and negative sweeps of the signal, and a Level output control. 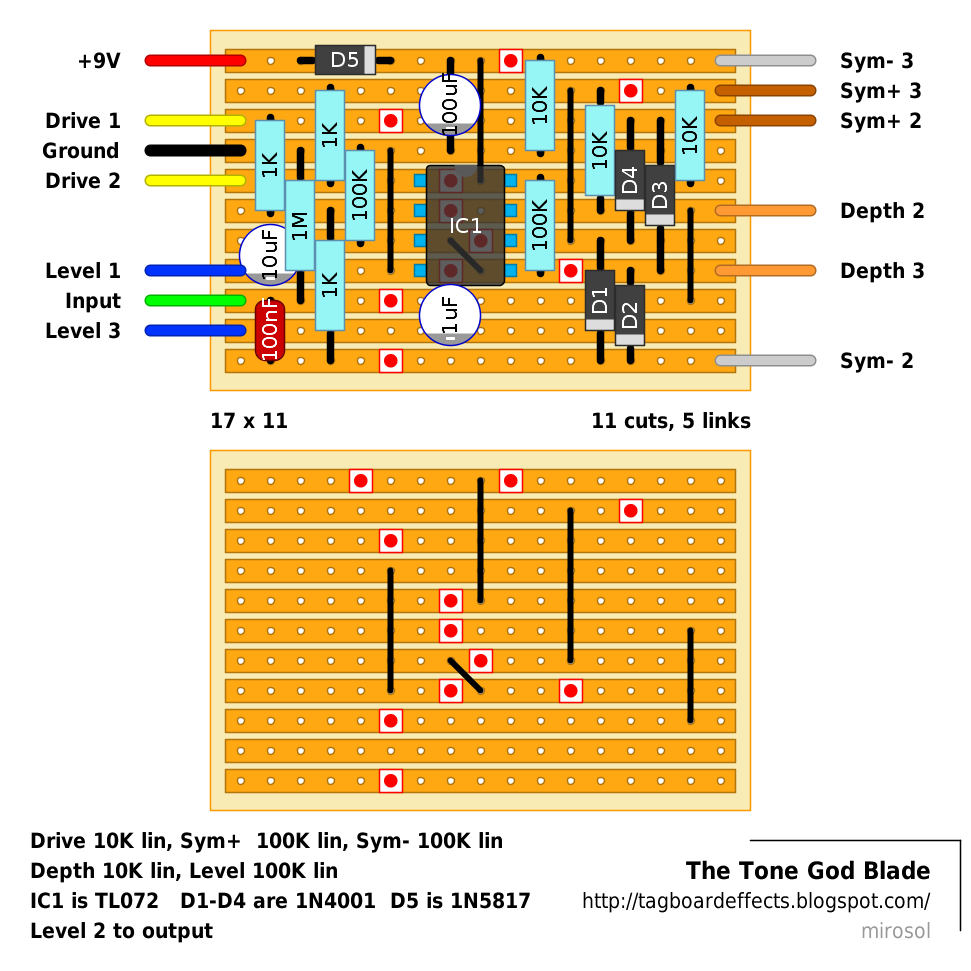