A great sounding and cheap Big Muff made in China by Moen which I believe is a clone of the now defunct Righteous Tones Sonic Mayhem.  I bought one of these before I got too heavily into DIY and it got plenty of use despite me also having a Skreddy Pink Flesh, so it's definitely a recommended build.  The 100K in the tone stack means that it isn't as scooped as some Muffs which is probably why I get on with it so well. 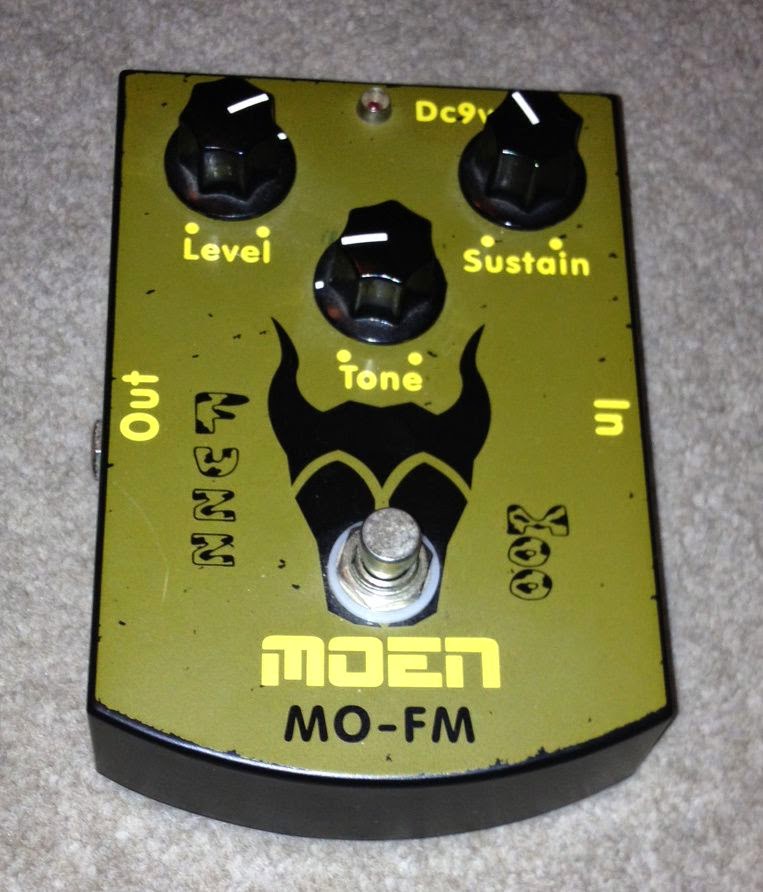 Info about the original:
Fuzz Moo Analog Fuzz Box Analog Sustained Fuzzy Distortion: Like any other MOEN Effects Pedal, the Fuzz Moo is designed with analog circuitry to ensure full processing and reproduction of the original signal without losing any details through digital sampling or processing. I have been playing with this one and it's pretty meaty with alot of headroom available. Kinda like an very early 70's Fuzz sound, but it is pretty flexible in acheiving different levels of raunch. Note.. when I say it kicks back, I mean it. There is a lot of gain in this box. This pedal will fight you back, but that is why everyone like its. When A/B'd in a studio against the Muff and some other well-known Fuzz boxes.... the Moo stomped all over them!! Very musical and workable Fuzz tones. Not one to pass by !!!

And the schematic using Pawel's drawing as a template, which I traced from my original: