The older Klon layout was starting to annoy me for a few reasons so I decided to re-do it and start a new thread as this one is obviously currently unverified, and so all discussion here can relate to this layout.

This is a couple of rows smaller and so should fit more easily into a 1590B, and I have included the bass pot mod from the outset so if that's something you don't want to include you can just omit the 150n cap and bass pot itself.

Note that IC3 is rotated 180 degrees from the usual orientation. 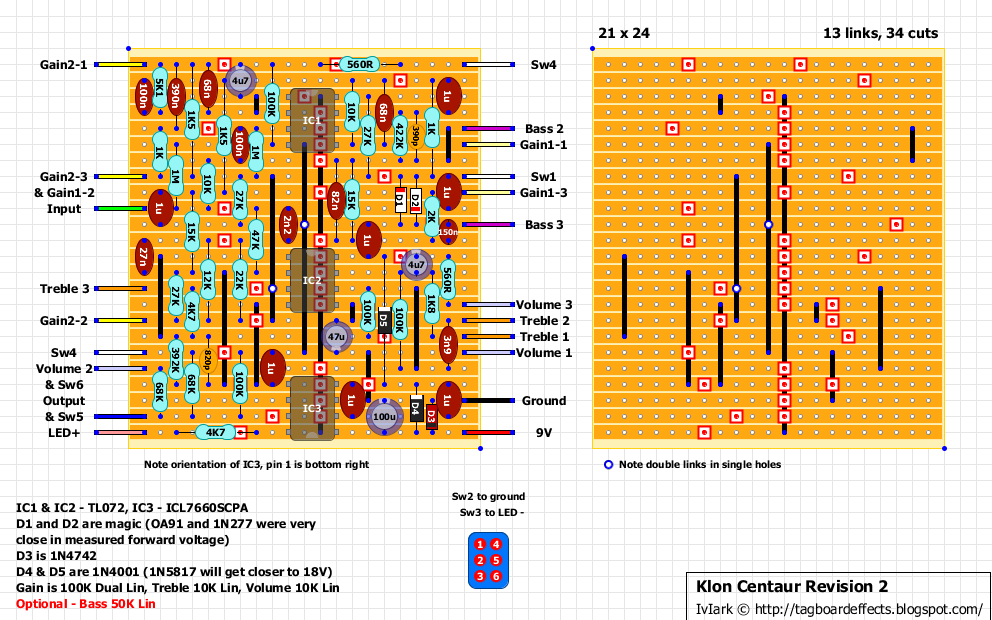 And a extra modified version which uses a fat switch instead of an additional bass pot, and also includes a Soft Clipping switch to allow you to add your favourite clipping diodes in the feedback loop of the gain stage.  This switch is a DPDT on/off/on and will allow you to use two back to back pairs, with a centre off position which will be the standard Klon mode.  The main germanium shunt diodes could also be removed from the board and put on a switch allowing you to remove the hard clipping completely, and/or maybe adding the option of a different type of diode in one position, and the stock germaniums in the other, to give you extra flavours and maximum versatility.

For another modification consider using two 100K pots for "Gain" and "Clean" instead of the dual linear pot.  This will give you maximum versatility by allowing you to control both sides of the control independently, and people have noted having good results doing so, giving them additional tones that are impossible to get with the stock Klon configuration. 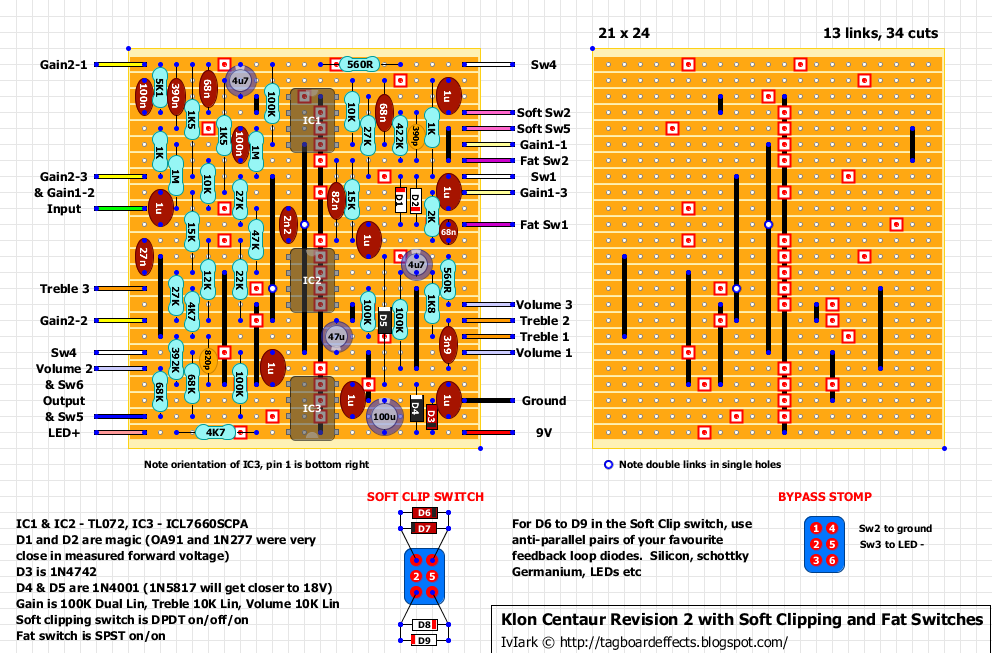 These layouts are based on Martin Chittum's April 2009 updated schematic (correction to treble resistors included - 4th July 2014), with the only alteration being increased 100u filter caps on both 9V and 18V sides.  The bass pot addition is as per Madbean's mod suggestion.