Requested by a few people. Even at 22 columns wide it could still fit in a 1590B if you wanted, and the first person to do it wins the TagboardEffects Awesome Builder of the Week award! :o)  But I wasn't too bothered about the board size because I suspect most people will want to put this in a 1590BB with two stomp switches.  The layout is based on this schematic on FSB posted by mozwell.

Info from Fuller about his original souped up Tubescreamer:

Housed in a beautiful powder coated Blue 16ga. steel enclosure, the dual-channel FullDrive2 gives you the best of both worlds. The first channel is the "Overdrive Mode" capable of clean boost or non-compressed overdrive or choose light to medium softer overdrives all while retaining your guitar's original tone. The Tone knob is a very effective presence control that can smooth out or add upper harmonics. The second channel is the "Boost Mode" with its own separate distortion control for medium to higher gains with a more singing violin-like sustain!

In 2007, the FullDrive2, the most popular boutique overdrive ever made, and staple on many pedalboards for years, became the FullDrive2-Mosfet, sounding better than ever before.

One mini-toggle lets you choose between a "Vintage" FD2 sound with mid-heavy tones that cut through the mix and "FM (flat-mids)" for a more natural, transparent sound that works awesome with a Strat's neck pickup.

The other mini-toggle lets you choose between Mosfet and Normal clipping modes. Normal mode is even more asymmetrical, sweeter and more open, with no "blanket" over the sound.

And, of course, the FD2-Mosfet features super-bright LEDs (borrowed from the OCD) and Fulltone's exclusive "no-thump/no-pop" True Bypass switches. We are the first to offer a switchable "Boost" Channel in an overdrive and manufacture our own Super-Duty 3PDT footswitch allowing True-Bypass plus LED.

Chosen by Guitar Player Magazine as "Best Stompbox of 2006" and as one of the all-time top 50 effects ever! 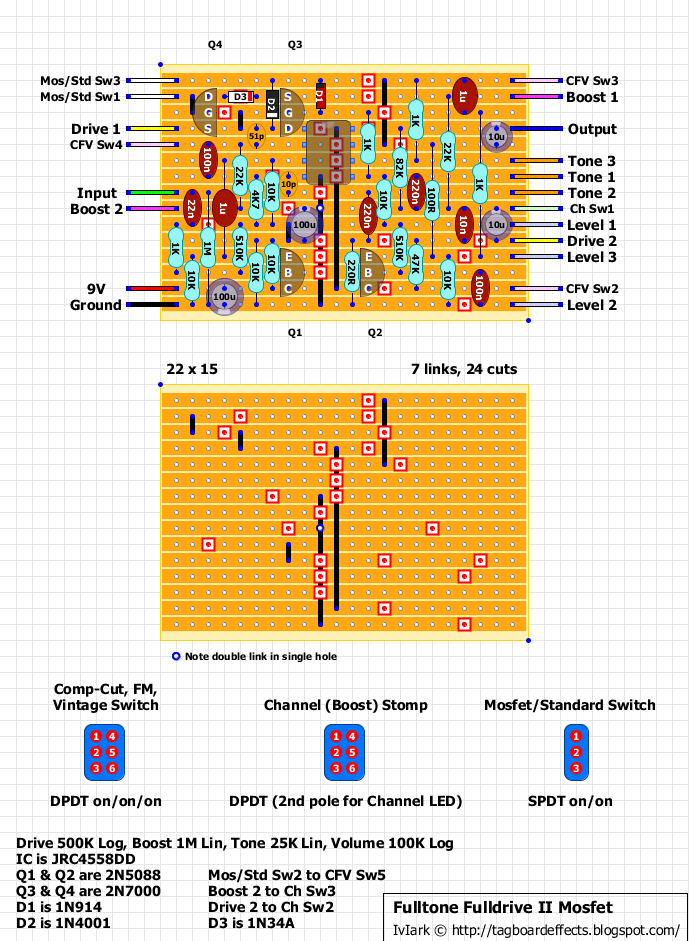 I wasn't a great fan of the asymmetrical mosfet and 1N34A diode configuration in an OCD version 4, which quite frankly I thought sounded like ass.  So I've done an alternate version based on symmetrical clipping with 2 x 1N4001 instead of the germanium diode.  This has been noted in some versions of this pedal and was definitely used in the Bassdrive so I think I personally would opt for this version. 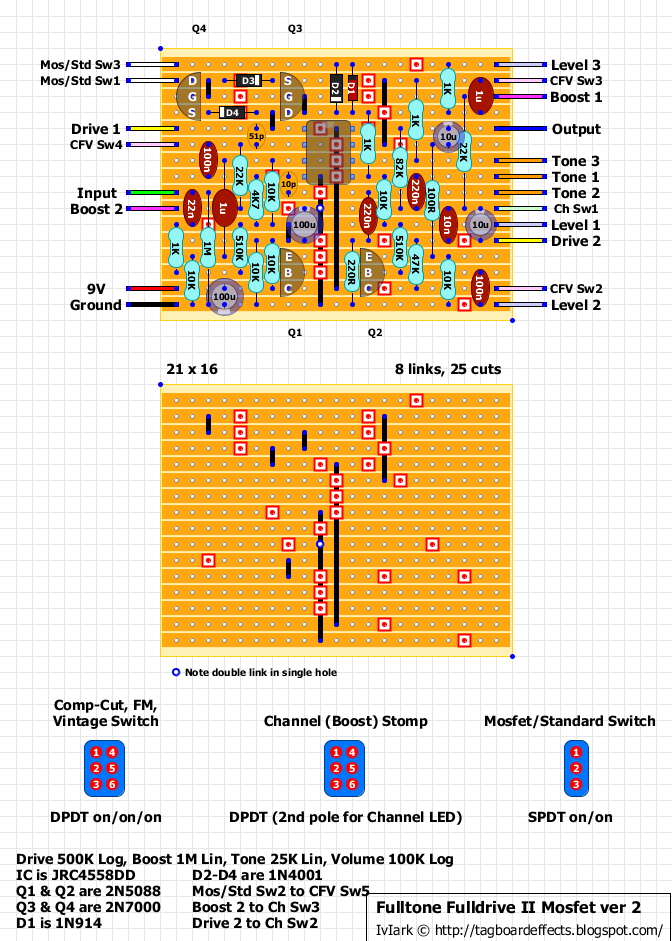